I’m Hispanic and I Vote

Although I was brought to the U.S. as a child I considered myself a proud citizen of Argentina until my mid-twenties and didn’t care much about politics until 1996.

What happened that year? Passage of the 1996 welfare law which conditioned eligibility for many government benefits on citizenship status rather than legal status. The law essentially placed eligibility restrictions on legal immigrants like myself that had traditionally applied only to undocumented immigrants. I was 26 at the time and had been working and paying taxes in the U.S. since I was 15 while my parents had been working, sometimes three jobs each, since the early 70’s. As permanent residents, I figured that we were eligible to receive all the same benefits as anyone else who paid taxes so I saw no need to become a citizen and vote. However, I was so incensed by the unfair treatment this law mandated that by the end of 1997 I had become a U.S. Citizen and registered to vote right outside the ceremony hall. I then helped my mother, grandmother and siblings apply for their citizenship and voter registration. 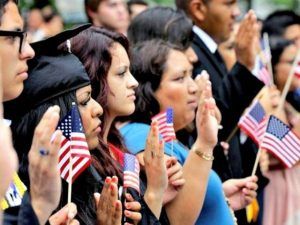 Twenty years later, the rhetoric and negativity towards immigrants has once again reached toxic levels. It would appear that the current crop of politicians holding anti-immigrant views have not considered the backlash from alienating immigrants. I currently live in California which has essentially one-party rule since Republicans self-immolated over the anti-immigrant Prop 187 in 1994. There weren’t enough anti-immigrant voters in California in the next election after that law was passed to stave off the Hispanic backlash and there currently aren’t enough anti-immigrant voters nationally to stave off the brewing backlash that awaits them in November.

None of this had to happen though. I was hopeful after the last presidential election that the Republican Party would finally acknowledge my existence as a job-creating Hispanic business owner and ask for my vote by respecting the accomplishments of immigrants like myself, my parents, friends, and neighbors. As a market researcher, however, I’m skeptical the GOP can ever win another national election. At the very same moment the party needed to expand its appeal it has been contracting it. A total of 800,000 Hispanics turn 18 every year and most of them were born here and can vote. That plus naturalizations will equal nearly eight million eligible and four million likely more Hispanic voters in 2016 than 2008. Hispanics also have a lower mortality rate than other ethnic groups primarily because they’re much younger than other groups so most Hispanics that voted in ’08 will also vote in ’16. 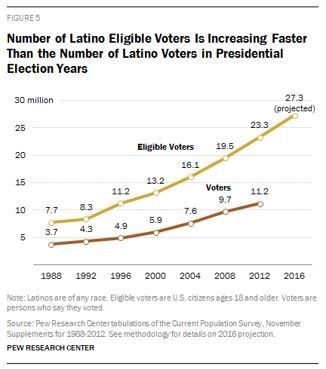 While this population is increasing, more non-Hispanic Whites have died in the U.S. each year since 2012 than were born. While enthusiasm for the eventual Republican nominee or antipathy towards Clinton or Sanders may motivate some otherwise non-voters to vote Republican in the fall their numbers will be partially offset by a percentage of their base literally dying since 2008. 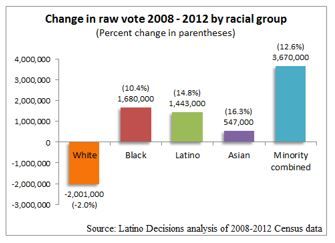 While some might cheer the slow-motion implosion of one of our two major political parties I don’t think one party rule, even if it’s the party you prefer, is beneficial for the country. I believe in checks and balances and those are less likely to happen if we lose one of our two major parties. Perhaps the Republican Party needs to lose this election by a wide margin as most models predict in order for it to finally accept the demographic realities of our country. By then, however, it may be too late since another generation of Latinos will harbor resentment, cast their votes against them and will help their mothers, grandmothers, and siblings register to vote.