In a recent nationwide study of 18-24 year olds, ThinkNow Research wanted to compare the group’s feelings toward the U.S. military (all branches). Specifically, we wanted to see how Hispanics matched up with non-Hispanics.

When asked if they would ever consider joining one of the military branches, 31% of Hispanics said they would, compared to just 24% for non-Hispanics.

However, drilling down a few layers showed three very interesting dichotomies within the Hispanic population:

Another factor that determined interest in joining the armed forces was acculturation. 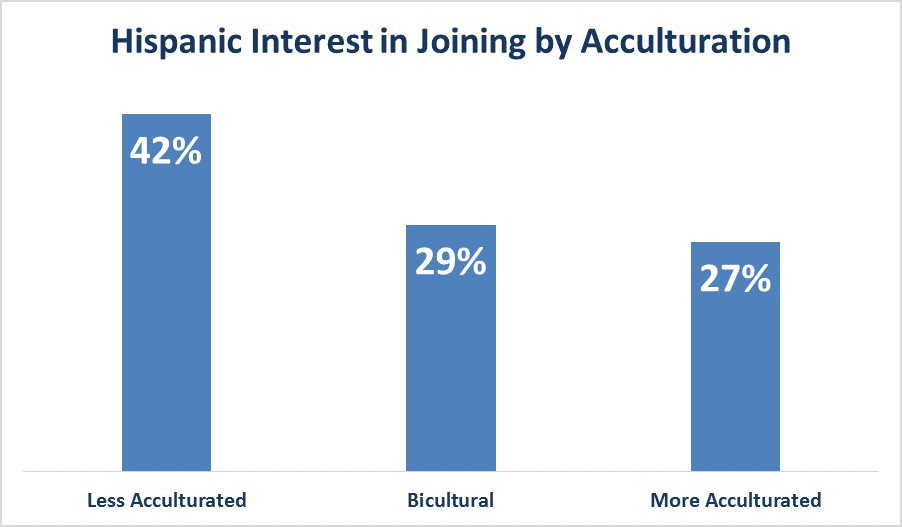 ThinkNow Research also wanted to see which branches of the military resonated with the 18-24 year olds. Again, some very interesting results. While several branches rated about the same, two showed pretty sizable differences: 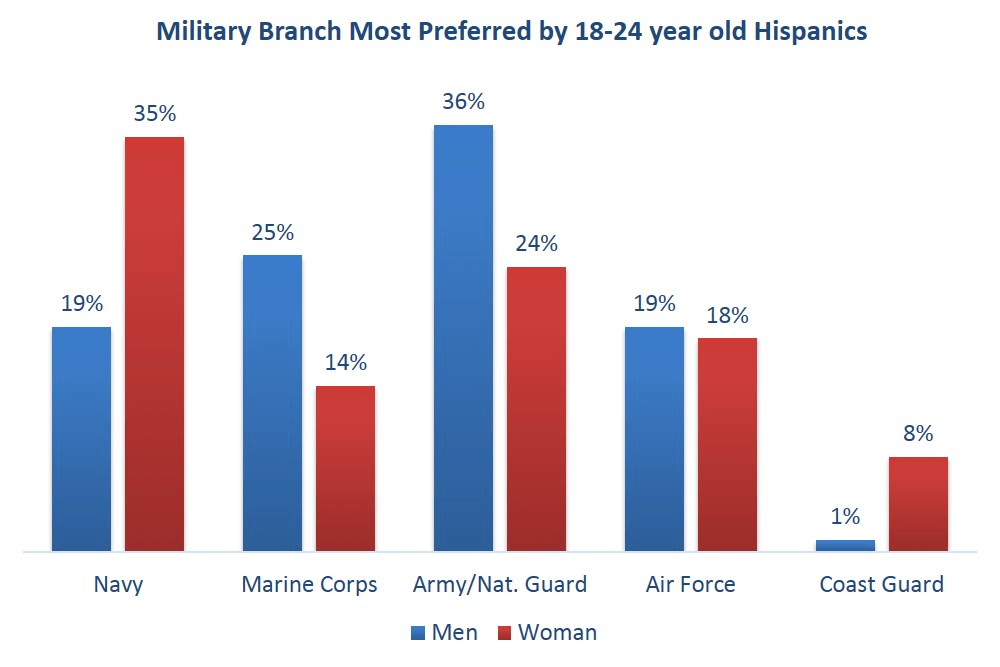 It looks as though Hispanic men prefer to serve their country on dry land, whereas women don’t mind getting wet. The Air Force was the only branch they could agree on.

The bottom line: So, are Hispanics really more patriotic than their non-Hispanic counterparts? Or do 18-24 year old Hispanics see a stint in a branch of the military as a good first step toward a successful life in the U.S.? We’re not sure, but if you recruit for one of the military branches, when targeting Hispanics, the job isn't so much one of convincing them to join but of harnessing their already positive attitudes and desire to serve. 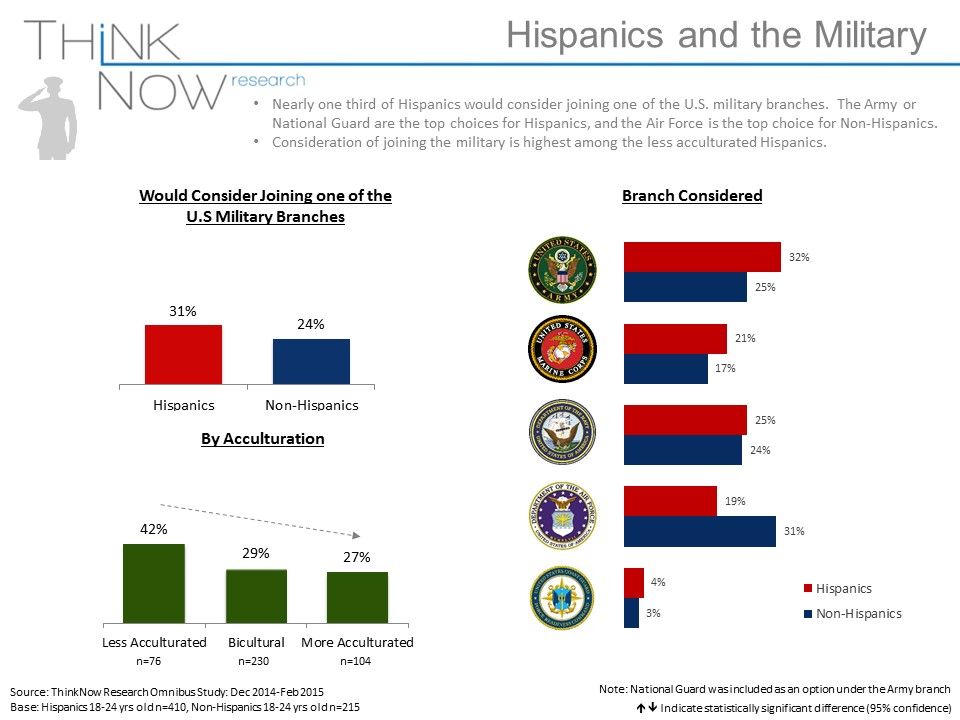