Between 2010 and 2014, overall expenditures among America’s top 500 advertisers only increased by 6 percent. Meanwhile, ad spending in Hispanic media jumped 51 percent during those four years, from $4.7 billion to $7.1 billion, according to the Association of Hispanic Advertising Agencies.

With this sharp increase in Hispanic ad spend, naturally a portion of those dollars flow into marketing research and ultimately drive the need for more and more Hispanic respondents.

This need will continue to grow as the Hispanic demographic continues to increase both in numbers and purchasing power. Due to the added complexity Hispanic sample presents, sourcing Hispanic respondents from panels should undergo the same rigor as choosing respondents for your general market studies and not seen just as an augment..

Hispanic sample is fundamentally more complex than gen pop sample due to added demographic points that are not prevalent in general market sample such as country of origin, language, and acculturation.

Here are 4 tips to choosing the right Hispanic panel for your research project inclusive of Hispanic respondents:

Census Representation is crucial when researching the Hispanic population. When working with your panel provider, ensure that the panel is adequately recruited for the 4 main census regions, and if possible the 9 census sub-regions. The reason this is crucial is twofold: 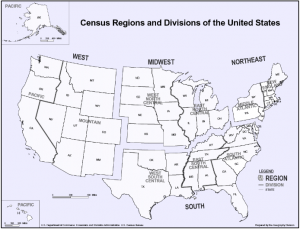 1. The Hispanic population composition across the U.S. is much different than general market. Typically when tapping into general market panels with Hispanics that are profiled within it, you will get a regional skew, and thus compromising the data output since it lacks representativeness.

2. Hispanics across census regions differ greatly in terms of country of origin, income, and language. The potential skews outlined above could lead to marketing decisions that would lead to problematic executions across certain DMAs due to these regional differences.

This ties to the first point but is perhaps the most crucial panel characteristic you’ll need to get a real understanding from your Hispanic panel provider. Typical panel recruitment doesn’t cut it for U.S. Hispanic panels as it misses a large portion of the Hispanic population, the Spanish-dominant. A persistent myth in the market research world is that Spanish-dominant Hispanics are not online. While this no longer holds true, panel companies must have specific in-language recruitment campaigns running in order to create a large enough respondent pool to draw from. Without a dedicated Spanish language recruitment plan in place, the Hispanic panel you are tapping into will fall short on hard-to-reach quotas such as Spanish language media and language spoken at the home.

Standing up a Hispanic panel for a panel company in the U.S. sounds like a pretty easy flip to switch since 16% of the U.S. population is Hispanic. If you have a panel of 2M respondents, it’s likely that 320K will be Hispanic and ta-da, you have a Hispanic panel! However, it’s not that easy. 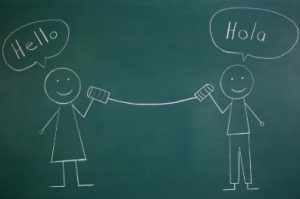 Language composition of panel is crucial when sourcing sample. Many Fortune 500 companies have a fairly robust knowledge base of English-dominant Hispanics and are typically looking to understand Spanish-dominant and bilingual U.S. Hispanics. Make sure to ask your Hispanic panel provider for a breakdown of language spoken at the home as this is the best indicator of language and will give you an idea if you have a large enough base size to deliver a readable sample of Spanish speakers.

Household income is a strong indicator of internet usage among all racial groups. Adults living in households with an annual income of at least $75,000 a year are the most likely to use the internet, with 97% of adults in this group currently reporting they are internet users. Those living in households with an annual income under $30,000 a year are less likely to report internet usage, with 74% of adults doing so now.

This is an important factor to consider when sourcing your Hispanic respondents as a skewed income distribution could give your clients a much different picture of what is happening from a research perspective than in the real world. Familiarizing yourself with income distribution of the Hispanic population and comparing it to a provider’s panel book will help you avoid pitfalls in data collection when looking for a Hispanic panel.

While this list is by no means exhaustive, these four key measures will dramatically improve the quality of your Hispanic sample when looking for a Hispanic sample provider. Some resources outside of the census that are helpful references points when trying to figure out certain demographic characteristics of the Hispanic population are Pew Hispanic and the CDC.