Hispanics are capturing a piece of the American dream as a record number of Latinos move into the middle class. It is estimated that by 2030, the number of Hispanics in the United States will increase from 18% to 30%. As the population has grown, the poverty rate among Latinos has dropped to the lowest levels in recorded history, according to Census data. Median income, however, continues to rise. Hispanics are becoming an immigrant success story similar to those of Irish, Italian, and Asian descent who’ve chosen to settle and thrive in the U.S.

Hispanic Americans' income increased by 20% from 2014 to 2019, the highest rate of all ethnic and racial groups. 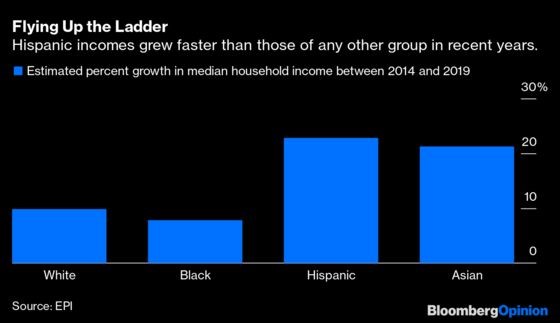 While the income gap between White Americans and Hispanic Americans is still relatively wide, it is starting to close. Is it possible that within a couple of decades the income of Hispanics will rival that of mainstream America? Maybe.

A few factors are influencing Hispanics' rise to the middle class. First, the children of the first wave of immigrants are more educated than their parents. Hispanics now make up about 23% of all people enrolled in school in the U.S. With better access to education, there is a better chance of obtaining more lucrative jobs. Secondly, the new generation of Hispanics are English dominant and not as fluent in Spanish, enabling them to acculturate even further into American society.

Homeownership among Hispanics is one of the most significant indicators of a shift in economic status. Nearly half of Hispanics own a home, an increase of 33% from 2016 to 2019. It's still below White homeownership of 75%, but it’s getting closer. The balance of Hispanics currently renting plans to buy a home in the next five years. 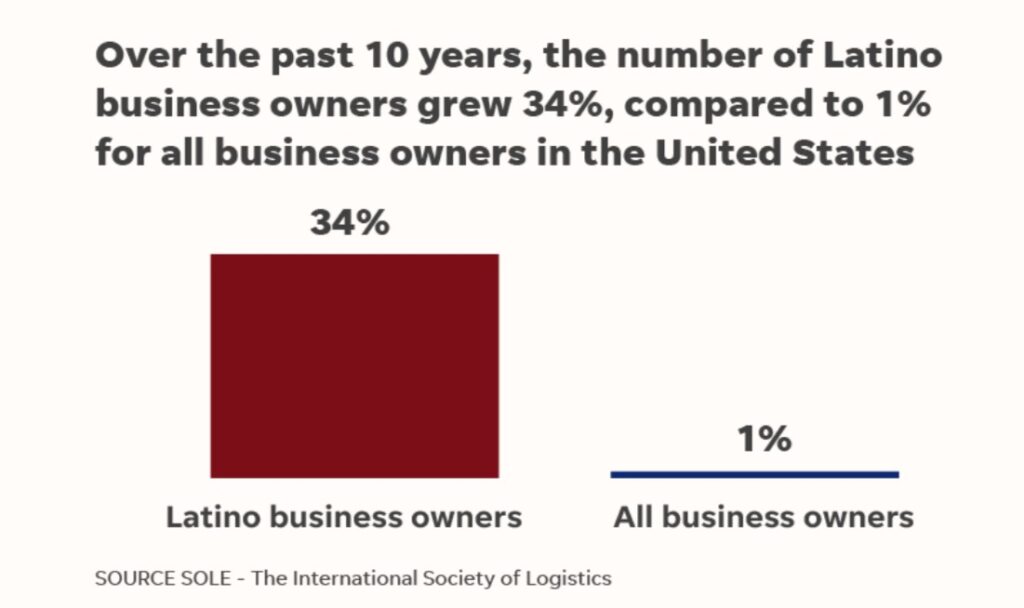 Although Latino-owned businesses have grown rapidly, they lag behind their White counterparts in some areas, such as gross revenue. The average Latino business brings in $1.2 million per year compared to $2.3 million for non-minority firms. Within 20 years, the earning gap is expected to narrow, however.

Hispanic Americans are open to marrying outside their race. A Pew Research report found that intermarriage rates are highest among Latinos and Asians. Interracial marriage could impact the growth of Hispanic ethnicity in the coming years. Multiracial is among the highest growing race group in America, expected to become 90 million of the U.S. population by 2030.

Overall, Hispanics are an American success story. Work ethic, resourcefulness, and unity have laid the foundation for a happy ending.

When the pandemic shut down schools and sent students into virtual learning environments, the disparity in access to reliable technology was apparent. Families in underserved and under-resourced communities found themselves at a disadvantage, having limited access to devices and internet services within households, putting students who are already at risk in jeopardy of falling further behind. If education is supposed to be the great equalizer that levels the playing field, then the digital divide tipped the scales. END_OF_DOCUMENT_TOKEN_TO_BE_REPLACED

Is America’s Largest Majority Declining? The Future of Hispanic Identity

Every year around this time, we celebrate the culture, traditions, and contributions of Hispanic Americans. Hispanic Heritage Month is celebrated from September 15th through October 15th. This year, we take this opportunity to highlight the size of this demographic and predict changes on the horizon.

But first, the data. Based on the 2020 Census, Hispanics now account for 18% of the U.S. population. END_OF_DOCUMENT_TOKEN_TO_BE_REPLACED