I was vaguely aware of Bruce Jenner prior to the rise of the Kardashian brand. My mother referenced him several times when I was younger so I had an idea of the iconic Bruce Jenner before he rose to fame a second time as the butt of all jokes on Keeping up with the Kardashians. I found myself immensely intrigued by the interview last week because of what it represented - An icon of American machismo in the 70s, winning a gold medal at the 1976 Olympics in what is arguably the most athletic of all Olympic events, the decathlon, announcing to the world the he is a woman.

Gender, a core identifier for many people, is being redefined. We now know that gender is no longer a binary concept, but rather a spectrum.

This peeling away of once clear cut issues such as gender reveals an increasingly complex world that is manifesting itself in the business world. Consumers are becoming more open to this complexity and embracing it.

"Thirty years ago, it was common to see ads featuring girls and boys playing together with a wide range of toys; however, as anyone who has opened a toy catalog or walked into a major toy store in recent year knows, toys are now segregated by gender to an extreme degree. Science, building, and adventure toys are largely considered the purview of boys while dolls, arts & crafts, and toy kitchens are considered "girls toys."

Such segregated play leads girls and boys to hone different skill sets from an early age; skills they build upon to determine the direction of their future schooling and later career path. These differences perpetuate the disparities still seen in the job market, particularly in women's low representation in technical fields like engineering and computer science, further cementing the gender-based wage gap." 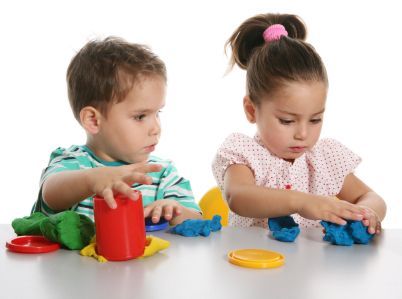 Another example of this cultural shift is highlighted in the recent Abercrombie and Fitch marketing makeover. The New Albany, Ohio-based company, which operates stores under its namesake brand and Hollister, announced Friday that store associates will not be hired "based on body type or physical attractiveness" and it will no longer call them "models" but "brand representatives." It also said that its employees can be more individualistic when they dress, ditching its "look policy," which banned eyeliner and certain hair styles among other things.

It's also bidding adieu to "sexualized" photos in marketing materials in its stores and on its gift cards and shopping bags, starting in late July.

This overhaul by Abercrombie and Fitch could be a response to declining sales, but it also shows how this type of marketing feels increasingly dated in a new era of gender definition and its relation to sexuality.

I believe that these shifts in cultural consciousness regarding gender signify a new era in marketing. Binary marketing has been the easiest paradigm to operate in a world where we are defined by what we are not. However, this line is being blurred as we begin to realize that we can be and not be something at the same time, it is a spectrum. And as this spectrum continues to be explored, marketers now have access to a massive amount of research tools to begin to peel away at the layers of complexity their consumers are hiding and be able to connect with them in a meaningful way beyond the traditional binary model.

Facebook has rolled out 58 gender options for users to choose from last year which combined with social media listening tools, can start to paint a picture of how the gender spectrum can affect marketing.

Insight communities is another great tool for marketers to tap directly into their consumers to begin to move beyond the binary. As Vision Critical points out, “By involving your customers in an ongoing, two-way conversation, you earn their trust, understand their preferences and anticipate their needs.” Communities provide a safe haven for respondents to share their views in an on-going conversation, allowing marketers to get a deeper understanding of their consumers beyond the numbers.

The reality is that the amount of information that is available to marketers is at an all-time high. Relying on antiquated tropes and assumptions is no longer an option in this intricate consumer landscape. This increasing complexity may feel like a hurdle for some marketers, but in reality it is opening up the ways for us to connect more closely with consumers in ways that were not possible even a decade ago.