Asian-American Consumer Confidence Is Shaky In 2016

Investments In The Stock Market Driving Down Consumer Confidence

We’ve written about Asian-American affluence in the blog before, we’ve also seen how they’re leaders in new technology adoption and analyzed their savvy use of financial services. We recently fielded some consumer confidence questions so we decided to look at the results through an Asian-American lens. The results are a bit concerning. It does not bode well for 2016 if the most affluent consumer group in the U.S. is also the least optimistic: 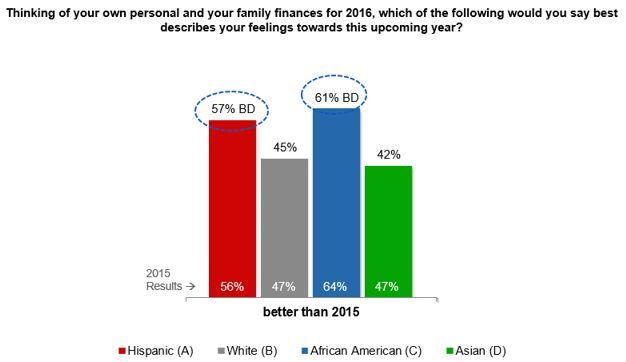 Asian-Americans tend to be less optimistic in survey responses than other ethnic groups. In fact, unlike Hispanic survey respondents who exhibit a positivity bias, Asian survey respondents can be said to have a negativity bias. Therefore, while it’s no surprise that their optimism for 2016 is the lowest of any ethnic group, what is concerning is that in this year’s report their confidence fell by a wider margin than any other group.

The interesting thing about Asians’ lower confidence levels is that they were less likely to have experienced a financial hardship over the past year than Hispanics or African Americans which were the most optimistic groups. 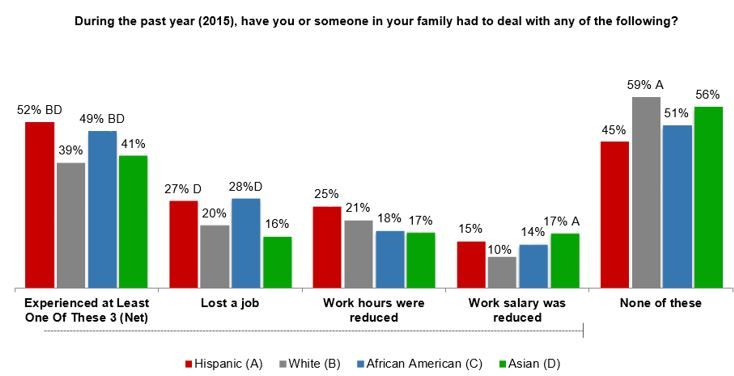 So what is it? Why are Asians not as positively inclined towards the economy as other groups? The financial markets. When respondents were asked which financial issues they were most concerned about Asian respondents chose “Financial Markets” at a 33% or higher rate than any other group. This may be tied to their higher affluence and greater ownership of stocks which had a disastrous start this year. As stock prices improve, as they seem to have started doing since mid-February, it’s possible Asians’ outlook towards the rest of the year may brighten.

Hopefully, that will be the case since Asians have surpassed Hispanics as the fastest growing demographic group in the U.S.. As they become a larger force in the U.S. economy their predisposition to spend will affect the wider economy at an increasing rate.

To download the full 2016 Consumer Sentiment report that looks at the Total Market as well as breakouts for all ethnicities, age groups, income levels and regions of the country please click on the link below.